Get answers about syncing the current release of MediaMonkey with iPods and other devices.

Does anyone have any experience using Media Monkey to synch with the new Sony Walkman NWZ-A826K?

I can confirm that Sony Walkman NWZ-A829 (which is probably the same as 826 except for the memory size) works with MediaMonkey, with very small caveats; it is treated as MTP device. Songs, playlists and cover art sync well. It is fairly quick, too (not quite as quick as drag and drop, though).
MediaMonkey will not recognize songs that are already on the device (for example, if you placed them there through drag and drop from Windows Explorer); you need to delete the files from the player, add them to the MediaMonkey library and then sync the player through MediaMonkey's interface; then, songs and playlists will sync with no issues. In particular, I have a bunch of .m4a files and I had no luck with playlists using any other software (and I tried several); some would not be able to create playlists with those files at all, and some could be coerced (kicking and screaming) into creating playlists on the computer, but they would not sync them to the player (and copying them using drag and drop is useless). MediaMonkey does it with no problem and no special consideration is needed, just use the default settings.
Cover art works if it is embedded in the files (that's the standard way and the default in MediaMonkey). The non-standard way - trying to associate the song files with a picture file in the same directory - looks OK in MediaMonkey, and it will copy the picture file to the player, but the player will not recognize it as cover art. The size of the pictures is generally small, so they do not add that much size to the song files. It worked almost flawlessly; the only issue was that for a small number (3 out of 270) of albums, the Walkman would not recognize the cover art properly. Looked like a picture issue, as once I switched to a different picture file, it worked fine.
Top

Does the Sony NW-HD5 sync?
Top

2. Set Device as According to Attached Images:

Finally got the S5 to work with MM. Had to switch the USB integration mode to MTP (see discussion on how to do this here: http://www.anythingbutipod.com/forum/sh ... hp?t=30155 ). Once that was done, the device appears as a mass storage device, and MM picks it up and works properly. (Before that, MM would not sync with the player at all).

The S5 uses SPL files for play lists internally, but it will read m3u files just fine - as long as they are encoded in unicode!

Final caveat is that the S5 does not (yet, I hope) read FLAC tags, so those playlists are really important.

It syncs fine for me. Unfortunately the Nokia 5310 doesn't seem to update the play count so if you need that information for your playlists (I use it to remove listened to podcasts) then you won't be able to.
Top

i just got a motorola rokr and its not working with media monkey. whats the deal.
Top

Just wanted to let everyone know that the 120 GB iPod Classic is compatible with Media Monkey 3.03.1175. Works brilliantly with cover flow and the database works perfectly.

...
Yes and no.
Internal memory on NON DRM files work great on audio files only.
External (mircoSD) is a no-go under MTP, so WM11 is the best "free" option if you need playlist support.
Since m3u under MSU are inop with latest firmware and MM will see the external as a HDD, but their implementation of MTP is broken.

Of course, MTP is a band aide fix for a complicated problem.

I'm a proud Gold Monkey lifer and still recommend MM, but so far only J.River MC11 is the only audio/video option.

MM has a much tighter DB so your player will load faster under 2.xx, but at twice the cost of MM pro you get a complete media player with MC11
So far MM 3beta is a no go...

To the mods, this is NOT spam, but a request for help.
So far MM competition has a working fix, sure hope you folks address this issue on your new version.

What about the 8GB Insignia Pilot?
Top

Does not work with insignia pilot 8V24 device. Ratings are not synced back to the PC whatever I do.

Although it is mighty slooooow!

Yes. You can see http://www.mediamonkey.com/wiki/index.p ... le_Devices for a complete list.
MediaMonkey user since 2006
Need help? Got a suggestion? Can't find something?

Please no PMs in reply to a post. Just reply in the thread.
Top

Nokia 5800 XpressMusic syncs pretty well. I had some trouble with dupes but I think I've fixed it by telling MM to remove content that it didn't sync (with strategically excluded directories). Some tracks show up with "Unknown Artist" even though Artist and Album Artist are both set. My only disappointment is there is no way to tell MM what I'm listening to on my phone, so I can't build auto-playlists based on that and can't easily rate my tracks.

I have a Sansa e260 MP3 player with an additional 2Gb micro SD card, with all other media players that i have used like WMP, iTunes, and Winamp the microsd card reads as external memory sub the sansa. The external memory does not display in MM and the songs on it don't show up. Is there a way to correct this? I have Media Monkey Gold and this is the only inconvenient issue that i have with it. 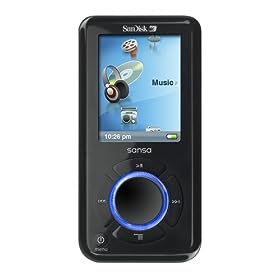